Your perfect match for any requirement

Since the day the company was founded in 1920, one thing has remained at the heart of everything STILL does: developing an in-depth understanding of our customers’ challenges. The result is tailor-made solutions and highly customisable products that promise a perfect match for any company’s intralogistics.

Henry Ford, the automobile manufacturer and early adopter of the assembly line around a century ago, said to his customers at the time that they could order their car in whatever colour they liked, as long as it was black. For Hans Still, this attitude would have been unthinkable.

In 1920 the story of STILL begins as a repair company for electric motors. Each repair is a special case that needs to be solved individually.

The founder Hans Still uses the growing understanding for the challenges faced by his customers for the development of his own products - such as the "Lichtstation Matador" ('Light Station Matator').

Even when the company he founded in 1920 was still just a repair shop for electrical generators, he developed a deep understanding of the various challenges faced by his customers and solved them on an individual basis. After all, each repair is ultimately an individual case. For Hans Still, tailored products and services formed the basis for the customer focus that he aimed to maintain at all times. This attitude produced a crucial competitive advantage, and a key claim of the STILL brand.

Adapting series solutions to the individual requirements of customers is something that is also deeply ingrained in STILL’s DNA. When switching from generators to forklift trucks, the traditional Hamburg company continued along the same path: whether it was paintwork in the customers corporate colours, structures or attachments for specific functions or custom-made products for applications with highly specific requirements, STILL had a wide range of options for individual transport solutions thanks to its large production capacity and the fact it developed its own vehicles.

In 1947, for example, Deutsche Bundesbahn (German Federal Railways) ordered the EK 2000 electric cart in large quantities. Narrow, manoeuvrable and flexible, it is precisely fitted to the narrow space conditions on platforms and loading tracks. And even today, the successors to this classic vehicle still characterise the transport of goods on the platforms of German and European railway stations. 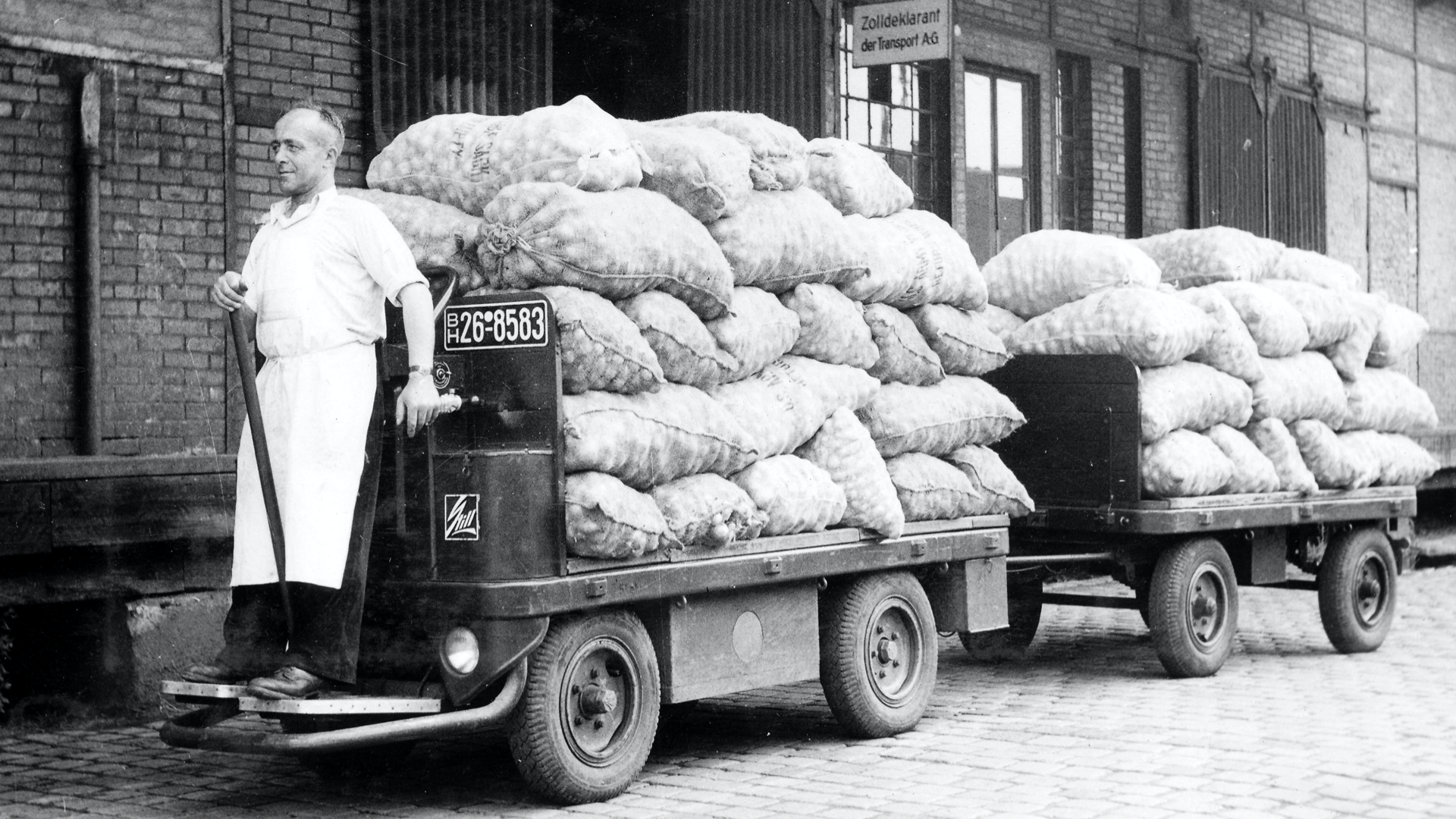 Over the decades, the demand for customised products continued to rise. The years of Germany’s ‘economic miracle’ and the related increase in prosperity for broad swathes of the population provided additional impetus to this development. Customisation, mass customisation and custom industrial production are becoming the dominant megatrends of the 21st century: meet the customers’ desire for autonomy, individuality and self-determination. Ultimately, the personalised product has a target audience of one.

It is a logical triad: individual requirements necessitate customised products and their manufacture in turn necessitates custom production processes – this also applies to intralogistics matters in particular. The shift from standardised to customisable products requires flexible yet efficient process chains in production and distribution. Companies must learn to include the buyer in the production process, i.e. to align all production and logistics processes needed to manufacture the end product with the customer profile. Only in this way will product ranges and solutions be viable for the market and customer loyalty be consolidated.

Metal mudguards and heat protection screens are only two examples of the altogether 18 customer-specific conversions that STILL realised for the Fondium foundry.

How has STILL prepared for this development? Firstly, through modular truck concepts with appropriate production processes that enable highly customisable series trucks far beyond the configuration options of well-known series-produced trucks. Secondly, by offering what are known as customer options (CO). If there is a customer requirement that is not listed in the extensive catalogue of equipment variants, STILL checks how the customer’s request can be implemented as a custom product, and starts work as soon as the order has been placed. If this solution could be useful for other customers or requested more often, it is migrated to the configuration catalogue.

For Ziegler, a company specialised in fire protection, STILL equipped the KANVAN multifunctional tractor with a hydraulic pick-up device.

One big driver behind customisation is the increasing technical and at the same time social networking brought about by digitalisation. Through new forms of technological networking, such as crowdsourcing, customers are increasingly being included in production processes or subsequent finishing processes. Furthermore, it’s not only people that communicate with one another, it’s also machines with people and with each other. Digitalisation and connectivity are therefore important influencing factors on customer options in intralogistics.

In an increasingly specialised business world, it is highly likely that customer options will gain in significance. One crucial key to success lies in implementing custom solutions as economically as possible, so that the added value offsets the purchase price and the solution pays off for the customer. Increasing modularity in product lines will play an important role here. It will also be important for companies to apply this more to the emerging market of automation going forward. If customised solutions can be implemented here by combining various modules, this will increase cost-effectiveness for the customer in comparison to special machine construction. At the same time, it’s also about mustering the courage to approach challenges that may seem daunting at the outset. 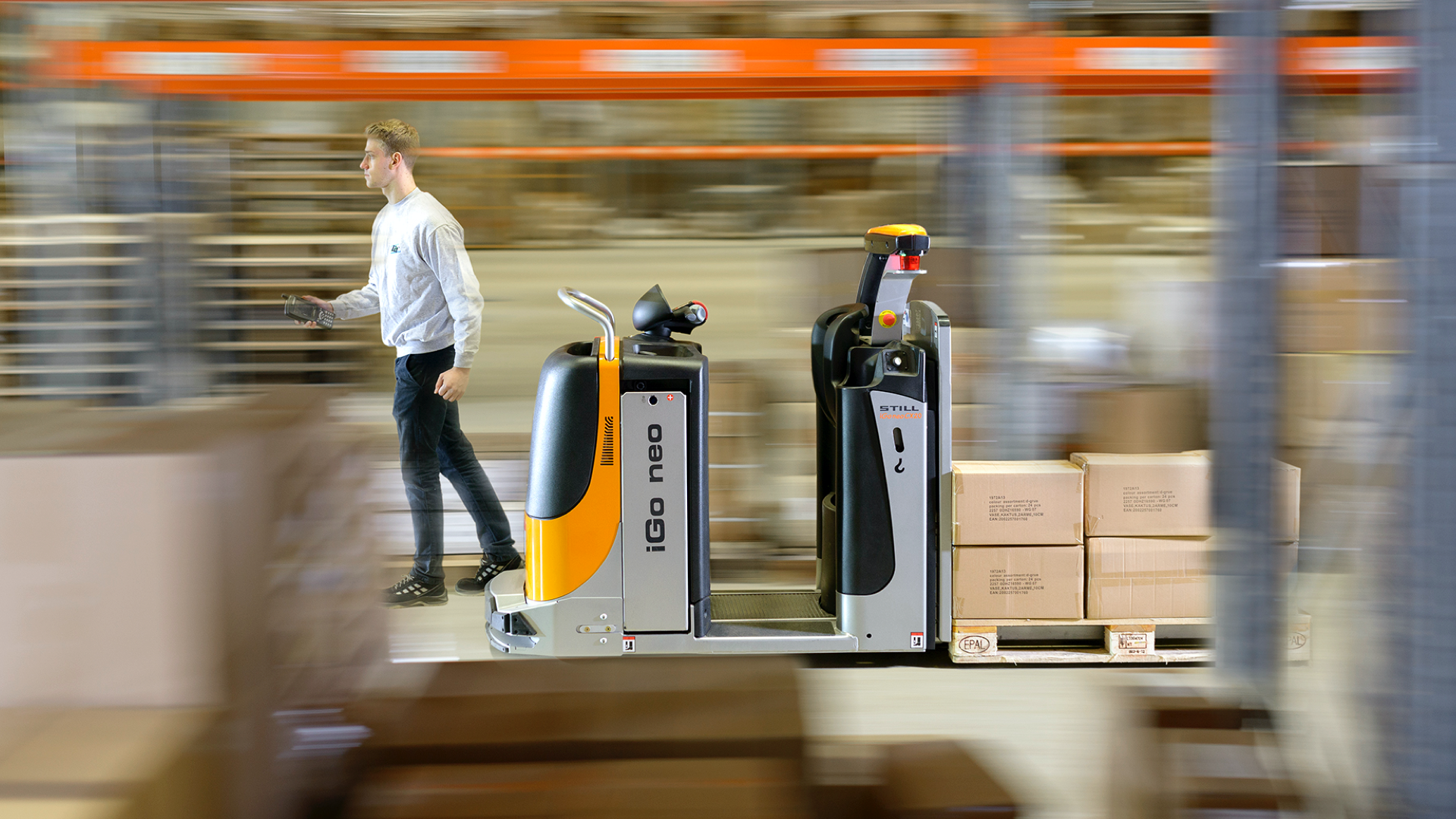 Twenty years ago, if anyone had asked for an order picker that can recognise its surroundings and plan its own route through the warehouse, is always optimally positioned for its operator and is able differentiate them from other people in the warehouse, many would probably have written it off as crazy. Then, engineers and product experts from STILL, who strongly believed in their ideas, created just such a truck.

In 2016, STILL presents the autonomous order picker iGo neo CX 20, designed to meet the needs of companies that require frequent and efficient order picking. For example the food industry: before there was the iGo neo which follows its operator independently, the operator had to get on and off the truck very often just to move it a few metres or even centimetres. In an eight-hour shift, this process occurs around 1,500 times in a vehicle without pedestrian operation - converted to steps, the operator could have walked up the Empire State Building and back down again. Thanks to products based on a deep understanding of the customer, there is now a solution for this that can be configured extensively and adapted even further through customer options.

What our customers say

"We were able to order a fleet of forklift trucks from STILL that was tailored to our needs."

The iron casting specialist produces up to 12,500,000 castings a year in their foundries in Singen and Mettmann for the automotive sector. Extreme operating conditions prevail. Accordingly, vehicles are needed that are designed for the hot, demanding environment of a foundry.

Your perfect match for any requirement

For more information and any questions on the subject of individualisation, our specialist consultants will be happy to assist you. 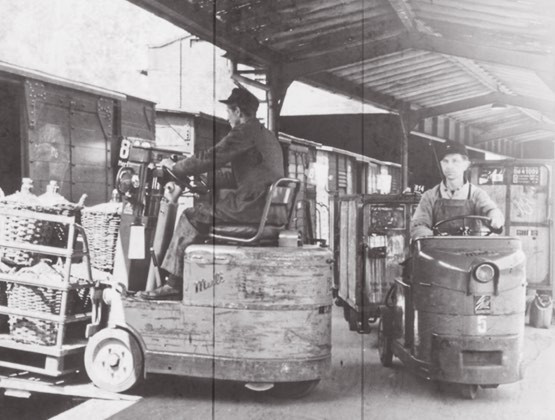